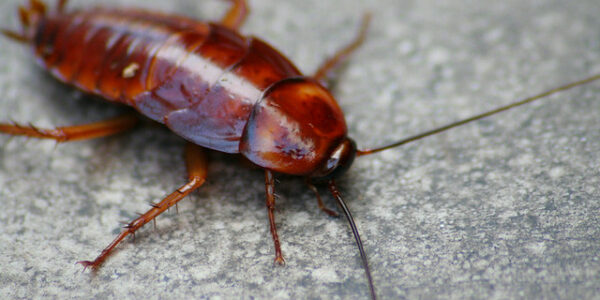 Gross. That is the natural instinct a majority of the world has when the see a cockroach scattering around somewhere in front of them. This induce an immediate instinct of fear and a natural desire to hurt them for some.

They are, however, very difficult to destroy.  They lived way back when the dinosaurs were roaming the earth. They survived ice ages and anything else that came along leading up to the way of the modern world we have before us today. The dinosaurs, not so lucky.

There are more than four thousand different species with fifty of those being American roaches.  The American came to us around 1625 on a trip from Africa.  They like the tropical region the best. That’s where they’re most common.

A roach egg “case” is dark brown and rectangular.  Inside this case are approximately fifteen cockroach eggs. Once hatched, these eggs produce a nymph or baby roach which is lighter in color. The immature cockroach is like the adult but has no wings.

The adult is around 1.6” long and .28” tall.  They are reddish brown in color with a yellow marking behind their head. The body is flat, oval with shield-like plate covering body.

The American cockroach likes to live where it’s warm, dark and moist e.g. household basements or in the sewer.  It is rather large, but it is so flexible it can fit into very small cracks and crevices.

Despite the stigma, roaches aren’t associated with a dirty place. They are attracted to food and water.  Your place can be immaculate. But if you have access to food and water for them, they’ll come.

They are actually said to be cleaned than humans believe it or not. They eat our trash but they don’t typically carry disease.  Actually, the pesticides we use to kill them can be much more if a threat to us than they are.

Roaches will eat anything from leftover food to the scum left in your shower drain to the glue that holds card board boxes together. (They love the taste of alcoholic beverages.) That’s why pesticides used to be effective. It tasted sweet to them.

Over time, the taste changed and became bitter. Now they won’t touch it making it even more difficult to exterminate them.

Getting rid of them, as terrifying as they may be, could be a bad thing, though.  They do have certain purposes in this world.

Knowing that they have such health benefits is pretty awesome. It doesn’t really diminish their scare factor. They do have a lot to teach us, though. They have survived all this time over every other life before them through any condition or happening on earth. There’s got to be something we can get from that.

Let’s see what other fun facts we can learn about roaches.

Information provided will not be distributed to any third party source.