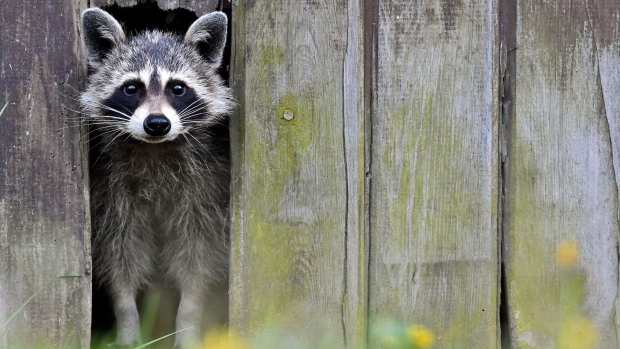 How To Win The Raccoon War In Toronto

Raccoons have decided to call Toronto home, where they have settled in and started families in vast numbers. According to the Toronto Sun there were well over 100,000 of them populating the Toronto streets earning Toronto the label ‘Raccoon Capital of the World’.  With this many raccoons in one place, you are bound to find one show up somewhere on your property whether it be inside your attic, going through your green bins, eating your plants in the yard, or digging up the lawn.

In case you aren’t aware, a raccoon is a creature with a face resembling that of a bandit. They wear the black ‘mask’ to disguise their identities across their eyes boasting a body that is generally medium in size. The ones in Toronto, though, have been deemed as fat. They are super smart and live a nocturnal lifestyle. They can be found in various areas throughout Canada’s cities, rural areas, farming communities, and throughout the woods.

What drew the raccoons to Toronto was actually a plan to try to clean up the environment in the area. It began in 2002 when the organic bin program was implemented in order that household waste could be kept from landfills and rather have each household separate and gather organic waste making it into compost. The bins ended up being a draw for raccoons defeating the purpose to prevent unsightly environmental mess. Knowing that they would have plenty of food, the raccoons set up residence with households throughout the Toronto urban areas.

These critters are able to get all of their nourishment from the green bins as they eat just about anything organic. They are omnivores by nature which means they will feed on any type of vegetables or fruits as well as bugs or insects, small animals, and eggs. In providing food for them by way of the organic bins, the raccoons were sent into an uncontrolled spurt of growth. People were not covering their bins tightly or they were not disposing of the waste in the manner that they should have which was allowing the critters to thrive.

How Toronto Was Going To Deal With The Raccoon War

At one point, Toronto city officials had considered the idea of euthanizing the raccoons in order to diminish the population but nearly half of the residents within the city were opposed to it. Instead, new green bins that were supposed to be raccoon-resistant were introduced to homeowners for their organic waste. The organic bins are much sturdier and heavier which makes it more difficult for the raccoons to knock them over. They are also fitted with locks that disallow the raccoons from being able to maneuver the bins open in order to forage for food.

In the beginning, there was concern from various animal welfare organizations that taking away the raccoon food sources would lead to their starvation which was inhumane. It was decided that the source that the animals were getting out of the bins was not a necessary component to their diet.

A university professor from York, Suzanne MacDonald is measuring the mortality rate for the raccoons within Toronto and was actually featured in the program ‘Raccoon Nation’.  She is attempting to find out if the animals are, in fact, getting thinner from not having the green bins to feed from. At this point, her research suggests that the removal of the green bins from their diet is not impacting them at all. She indicated that ‘they should be getting thinner if they were relying on the green bins for a significant proportion of their food and so far, I haven’t really seen that at all’.  Comparing raccoons measured within a year of each other rendered the same measurements. Based on the research, a raccoon litter that is generally sustainable is approximately two. Within Toronto, theirs is five.

Raccoon diets should consist of worms or insects or various things that they may find throughout the water. But these raccoons are having horrible diets of human food which is increasing their size terribly.

It is great that not having the green bins is not going to cause any type of starvation or inhumaneness, but their diet is going to increase the fat level with mom raccoons causing her to have bigger litters which, in turn, can increase human conflicts.

Property Damages Due To The Raccoon Population

Spikes in raccoon populations in Toronto increase the calls for nuisance reports from homeowners further proving that they are not decreasing in numbers. Even those who are pro-raccoon are admitting that they do damage to their homes and make a mess out of their trash during the night. It’s not so much so that Toronto residents are calling for their removal. Most are finding the good in their outdoor house guests.

Finding the Good In Raccoons

Toronto is finding that it makes much more sense to find ways to enjoy their furry roommates as other cities do.  In other places, these critters are seen as adorable. If all of Toronto could see this, the species could end up being a celebrated mascot for the city.

They have done good for the city. They eat rodents which would be much worse to have an overpopulation of with the deadly diseases and health concerns that they would bring. A change with the way the public views the wildlife is how things need to go. They are trying to survive in their environment and people should try to cohabitate with them kindly.

The actual ‘war’ that Toronto was ‘declaring’ shouldn’t have been with the raccoons at all. It should have been because of the green bins. That is actually what started the whole thing. They should have started out with bins that had proper locks. But regardless of that, each creature on this planet has a role to play in our ecosystem and we need to respect and appreciate all of them for those roles. Without each and every one of them, we as humans could not survive and thrive as we do on this planet.