Fire Ant Bites And What To Do

HomeAntsFire Ant Bites And What To Do 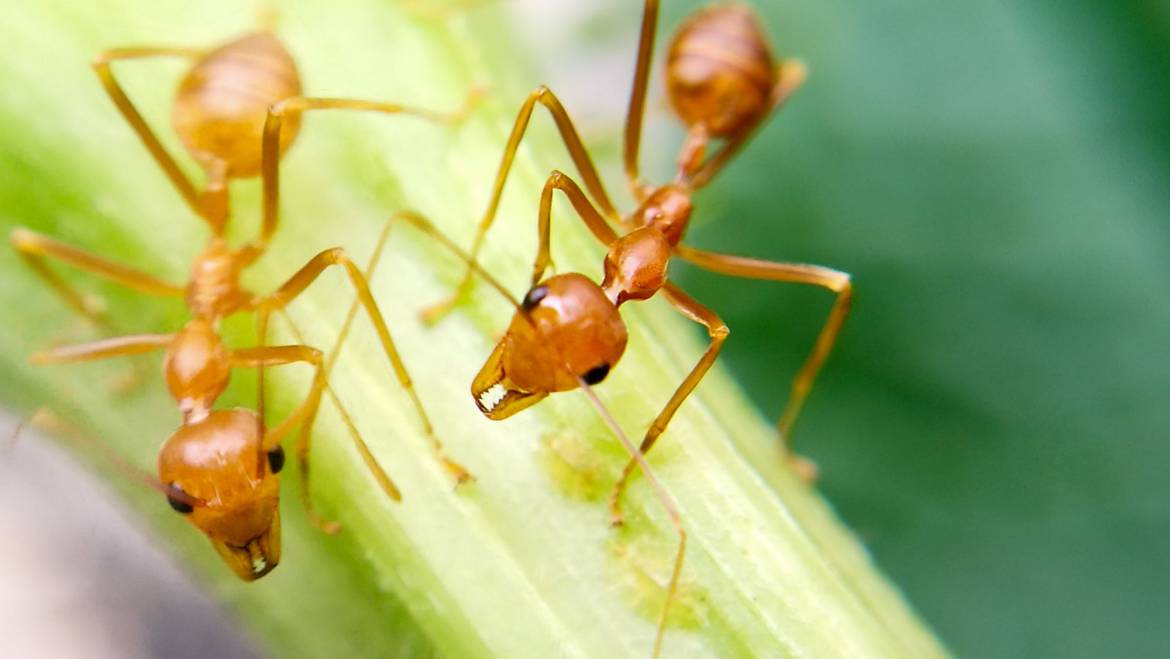 ‘Where there’s smoke there’s fire’ as the saying goes. If you get hit with one fire ant sting, you will be hit by many.  Each ant is able to sting more than once and there are usually a bunch traveling in a group. The instant reaction to a fire ant sting is immediate, intense pain followed by itching and irritation which can stay with you from just a few hours to upwards of a few days.

Most folks use the term ‘bite’ when it comes to the action of the little critter, but the correct verb would be sting as that’s actually what they’re doing when they attack. These little stings can seem harmless to people but, in fact, for most they are quite painful and for some they are very dangerous being that they are allergic to the venom that they contain. This exposes these victims to anaphylaxis in mere minutes of being stung.

WHAT ARE FIRE ANTS

There are actually several different species of stinging ants but two species that are causing the most stir include the Solenopsis invicta and the Solenopsis richteri.

The Invicta is native to South America but has colonized in approximately 13 of the United States mostly in the southeast. They are less than ½” long and reddish brown in color. They’re more commonly called the red imported fire ant.

These ants feed on animals and a vast array of vegetables and fruits.  They use their venom to stun their victim which allows a large group of their colony to  overcome much larger prey quickly including such things as box turtles. That is unbelievable.

The Richteri is also native to South America but is more commonly known as black imported fire ant. They have made their way to the southeast, Gulf coast, to include Texas, Alabama, and Mississippi.  Their mounds are generally several feet tall compared to the red fire ants only 18 inches. They are the same size and shape as their cousin.  They are fiercely protective and aggressive about their mounds and will continue to attack until the intended leaves.

A fire ant sting is going to inject you with a healthy (or unhealthy) dose of 46 proteins and most people will receive only a minor skin irritation. Recent testing, though, on the venom has suggested that there is poison that could possibly affect our nervous system. This is why there are some who complain with hallucinations or similar-type reactions especially after a massive amount of stings.

After the intense pain, burning and itching that occur, most stings will heal pretty much on their own without any need for outside treatment. There will be noticeable marks that make them distinct from stings of other insects. These are blisters filled with pus that are round in shape and vaguely resemble pimples. They occur usually within about 20 minutes of being attacked. These blisters are a type of allergic reaction.

Some folks develop much more severe allergic reactions with swelling, burning and itching around the sting. And there is anaphylaxis which is less common but also can be life threatening. These symptoms will develop quickly, usually within just a few minutes of the attack.

A majority of folks don’t require treatment for fire ant stings if their breathing is within normal limits and there is no known serious allergy to the venom.  In those instances, home remedies can be effective in taking care of the symptoms.

It is really difficult when something itches not to scratch, but scratching increases the risk of the blister opening and infection setting in.

With any signs of breathing changes, consciousness pattern changes, severe swelling, or symptoms similar happening in an hour of the attack will need to have emergency medical care consisting of epinephrine in order to reverse the allergic reaction.

After having such a reaction to the sting, most doctors will insist that you carry an EpiPen which will deliver epinephrine immediately after you have been stung. This is essential if you happen to be some place where medical help may not be readily available.

The best way to avoid having the likelihood of going through these awful symptoms is to prevent the sting in the first place, which we would all obviously do if we could. Let’s check out some ways that we can try to steer clear of these dangerous little beasts.

You should never attempt to stomp out a fire ant mound.  They are very aggressive when it comes to their mound and this will instigate an attack even if you are wearing protective gear. They can climb on your clothing and attack open areas of skin. The best recourse when you’re outside is to avoid them or call a pest control specialist to help you get rid of them. These ants are not something to be messed with. For more information on Ant Control & Extermination, click here.